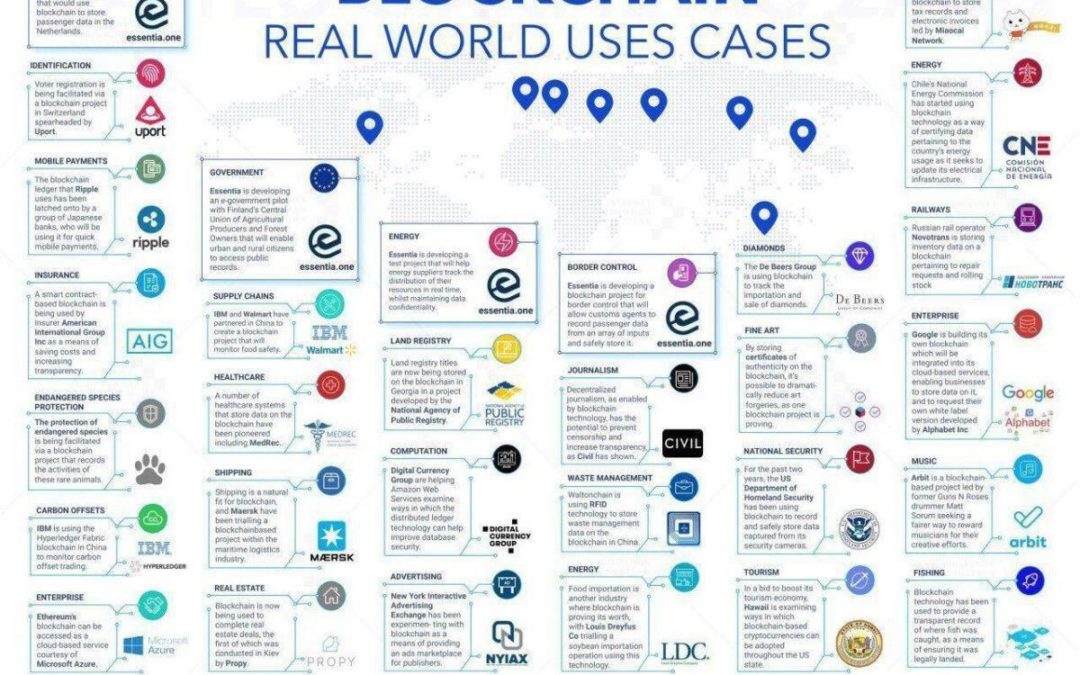 Blockchain is best known though digital currencies such as bitcoin. The bitcoin system works using a blockchain ledger to record transactions.

The concept of a blockchain ledger is that individuals can process and verify transaction without the need for a central register.  Since all industry parties share a public view of the blockchain register, the register’s data can serve as a trusted source for multiple market participants in areas such as carbon footprints, smart contracts, metered consumption, settlements, and billing reconciliations.

It is expected that blockchain ledgers will be increasingly developed and serve as a “trusted source” for any area where multiple participants operate. In the water sector, reporting of water quality & carbon footprints, water consumption, trading and billing, smart contracts are some examples.

Power Ledger is among the companies pioneering blockchain applications for the water sector, as is evidenced by its current work with the city of Fremantle in Australia to create a blockchain-backed trading system that leverages smart water metering data.

Blockchain is very much still in experimentation in the water sector. It though will have a quick entry to market if tools to promote collaboration and productivity can be developed.  It would be simple in a monopoly market such as water to develop a blockchain for BOM and other reporting.

Expect to see this in enter the market over the next five years, as it has a very low cost to entry, with potentially high impacts.

David Nixon has worked the water industry for over 30 years across a variety of utilities, engineering and business consultancies. David currently acts as director and advisor to a variety of organisations across Australia. david@nixonclarity.com